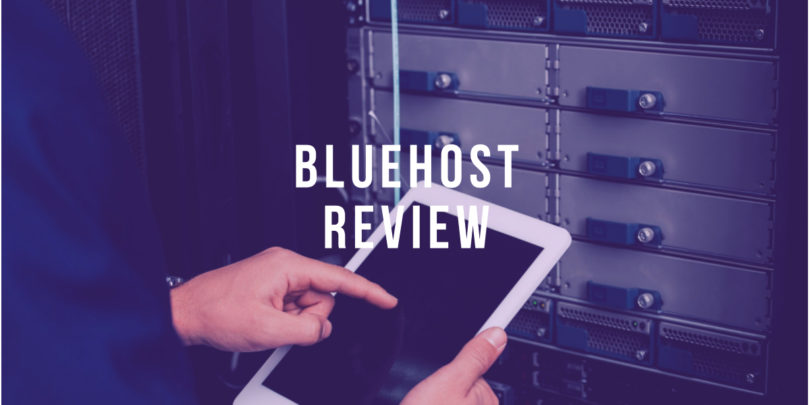 From humble beginnings in 1996, Bluehost has become a powerhouse in hosting. The company has been particularly strong in the shared and WordPress hosting spaces, gaining an explicit recommendation from the WordPress Core Team in 2005 as one of their hosting providers of choice.

However, this does not imply that Bluehost is unable to cater to larger businesses who may require dedicated or VPS hosting. It excels in this space too with a reputation for affordability, usability, and a host of added features.

But does the reputation of Bluehost match its level of service? Is the recommendation from WordPress – who power over 455 million websites – well-founded? Or is it just marketing spin?

In this comprehensive Bluehost review, we’ll answer these questions and determine whether it is indeed the best web hosting provider that money can buy.

Installed on over 2 million websites across the internet, Bluehost offer a range of hosting plans split across multiple tiers that are some of the cheapest on the market. The plans on offer are comprehensive, in the sense that they cater to a wide range of experience levels and intended purposes.

When considering Bluehost plans, it’s important to note that every plan has an introductory price for new customers. This price can only be locked in by purchasing a 3-year (36-month) contract up front and in full. After three years has elapsed, all plans revert to standard pricing.

With that said, let’s begin by looking at each tier of Bluehost’s standard web hosting.

Shared – ideal for small businesses or those with a personal blog or website who are just starting out.

Within the Shared tier, there are four plans that will suit the vast majority of users:

VPS – a great middle-range option where hosted sites share a physical server with others through a virtual operating system.

This ensures the server functions as if the site had its own, dedicated server.

Dedicated – ideal for high traffic websites that need a high level of performance, security, and control on their own servers.

At the introduction, we alluded to Bluehost and their strong connection to the WordPress content management system.

This is no better exemplified than in their specially tailored, two-tier WordPress hosting plans.

Here is a look at each and why Bluehost customers love them so much.

WordPress hosting – which includes the fast, secure and easy installation of WordPress.

In terms of pricing and features, these hosting plans are virtually identical to the Basic, Plus, and Choice Plus Shared plans outlined earlier. However, there are some key differences including:

WP Pro – the newest addition to the Bluehost plan line up that offers more in terms of website development.

Happily, site performance is also optimized for speed and thus has positive effects on user experience and site ranking.

For those looking for a complete eCommerce solution, Bluehost has you covered also.

Again, there are three possible plans to choose from:

The pros of using Bluehost

Now that you’ve got a basic idea of the various plans on offer, let’s take a look at how Bluehost performs after you’ve signed up.

Here are some of the numerous demonstrated pros of using Bluehost.

In case you hadn’t noticed, Bluehost has a plan for virtually every scenario. Whether it’s a bricks and mortar store needing an online presence or a giant news website with 10 million viewers a month, Bluehost has you covered.

Bluehost offer superb uptime in the range of 99.9%, second only to Dreamhost. When considering the price of Bluehost plans, it would be almost impossible to find another provider offering a similar value to reliability ratio.

Bluehost uses cPanel, which by itself does not separate them from many other providers who also use cPanel. However, Bluehost have recently revamped their dashboard to be very much WordPress centric, with a focus on an intuitive and functional layout for less experienced site owners. In fact, it would be difficult to imagine a less daunting hosting provider for beginners.

To that end, Bluehost also offers free WordPress site migration if you sign up to any of their plans.

Every consumer understands that invariably, added features are a marketing gimmick designed to prize a few extra dollars from their wallets. However, Bluehost’s added features are a different story. Marketing credit is offered on all shared plans, with $100 credit in Google Ads and a further $100 in credit for Bing Ads. This is obviously extremely useful for a new business trying to gain exposure.

Bluehost also offers inbuilt caching which can also be customized, negating the need for third-party plugins that seem to conflict with existing plugins quite often. They also offer CloudFlare to prevent inbound DDoS attacks while also making the site faster and safer for visitors.

Bluehost customer support is available on a range of channels, including email, telephone, or live chat. They also have an extensive knowledge base where users can find FAQs and other tutorials. In cases where extra support has been required, most current Bluehost customers report friendly, prompt, and professional support.

The good news here is that Bluehost representatives know hosting inside and out because they have been doing it for almost 20 years. With its WordPress pedigree, the company is also well versed in the particular quirks of this content management system.

Bluehost speeds are certainly not the fastest, but they will be more than adequate for the vast majority of site owners. An independent study into Bluehost between 2018 and 2020 found an average page loading speed of 405 ms. This puts the company firmly in the top 5 fastest hosting providers. Faster load speeds increase user experience and ultimately, SEO ranking.

Now that we’ve looked at the pros, what isn’t so good about Bluehost? Happily, there isn’t much.

The cons of using Bluehost

While there is no doubt that Bluehost’s WordPress hosting is functional and feature-packed, it is nevertheless twice the price of similar plans offered by SiteGround.

Having said that, WordPress hosting is clearly popular with those who want an all-in-one solution, with more than 1 million sites hosted on one of the associated plans.

As we noted earlier, the introductory pricing is only enabled once the first three years have been paid upfront. Even the much advertised $2.75/month shared hosting plan requires that a equates to a single payment of $99, which may deter some customers from signing up. Happily, there is also a 30-day money back guarantee offered on all plans for peace of mind.

With all of that said, has Bluehost earnt the right to be called the best web hosting?

We suggest that it has.

For one, Bluehost have longevity on their side. The company understands its market and how to best serve its customers, offering a range of plans suited to beginners and veterans alike.

Bluehost is also one of only three companies to be officially recommended by the WordPress Core Team. This recommendation has been in place for 15 years and has been solidified by a team of Bluehost experts who are willing and able to help site owners with every step of their WordPress journeys.

As a hosting company in more general terms, Bluehost have the fundamentals in place. They offer speed, security, functionality, and usability in one complete package. Support is also well above industry standard and all Bluehost plans feature useful, non-gimmicky add-on features.

Bluehost is a strong performer in the hosting space and while no one company is perfect, there is not a lot to dislike about them in any case. Higher renewal rates and the cost of “done-for-you” WordPress plans may be a worry to a small percentage of owners, but those with the budget to absorb either will find tremendous value in what Bluehost has to offer. 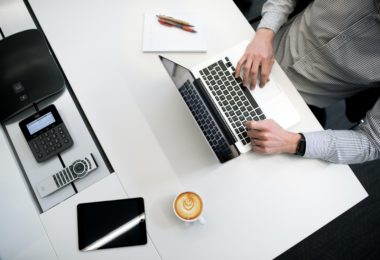 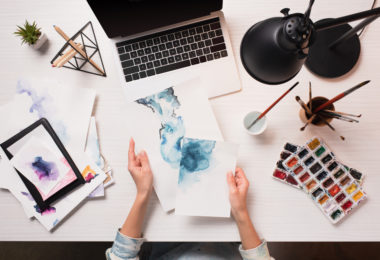 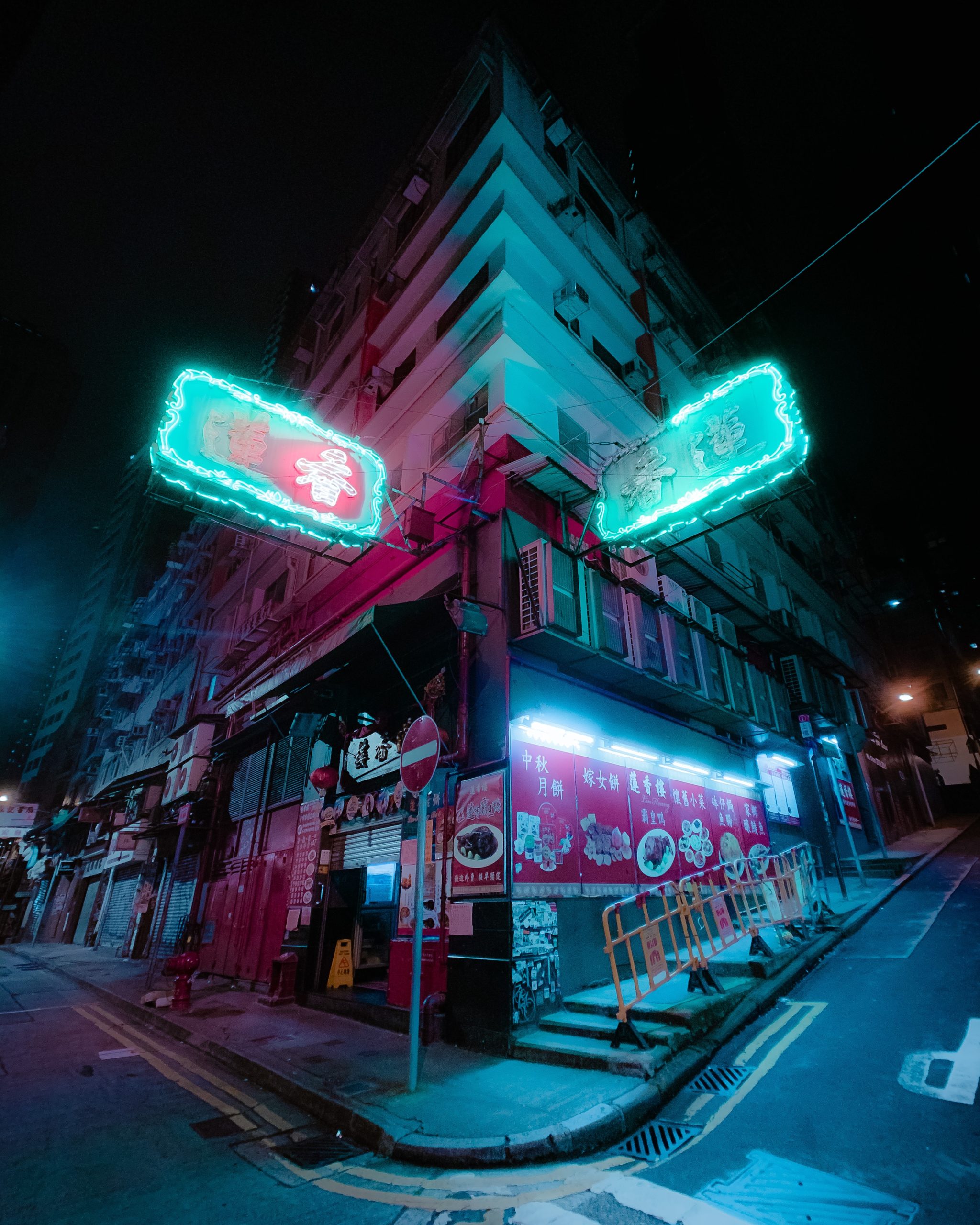 60.000 creative persons are in our community.

Every day, +3000 ux designers browser our inspirations journal to build the next awesome creative projects.

Do NOT follow this link or you will be banned from the site!