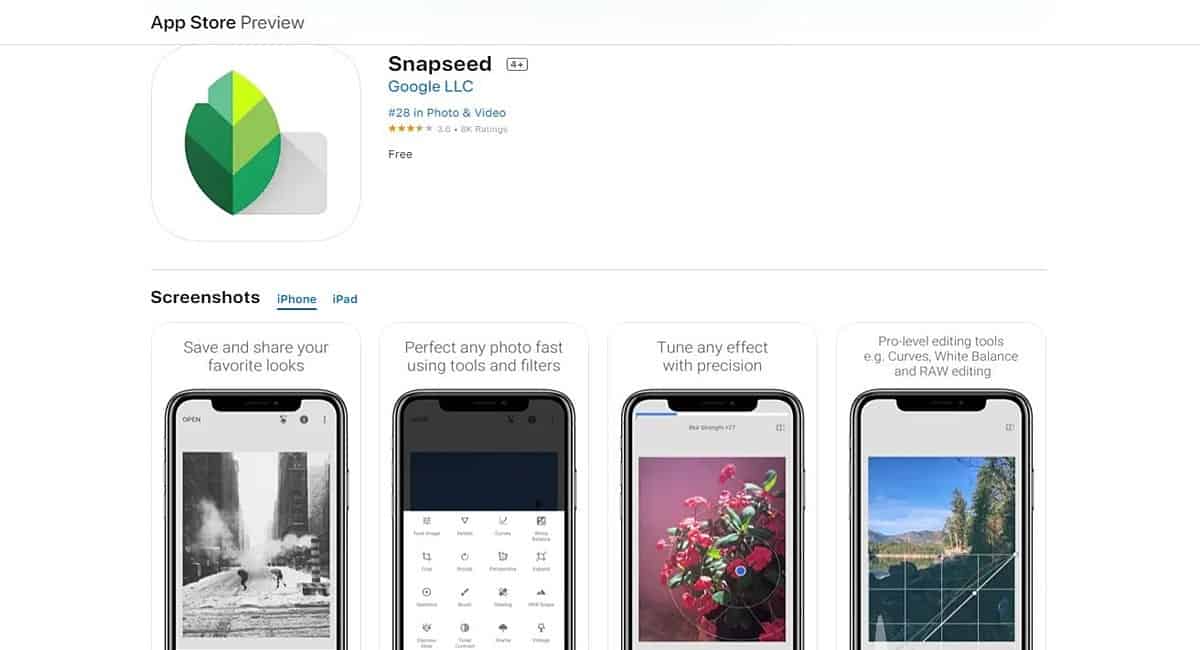 The short, sweet answer to the title question is yes! If you’re a Snapseed user, you know that this popular photo editing software is a mobile-only app for iOS and Android devices.

How come users have been clamoring for a Snapseed for PC? Well, it is much loved by its legions of fans that they hoped it could be used on their Macs and PCs.

If you do insist on having it on your computer, there is a workaround for that and we’ll let you in on it. Also, there are alternatives too – powerful but easy-to-use photo editing apps that can run both on mobile and desktop platforms, so you can edit photos on the go and do more image adjustments at home.

Snapseed is an all-in-one photo editing app that carries advanced but user-friendly tools. It was developed by German company Nik Software and was launched in June of 2011 as an iPad app. It was named by Apple as “iPad App of the Year.” By August, an app for the iPhone was introduced.

On February 27, 2012, during the World Mobile Congress in Barcelona, Spain, Nik Software announced the release of Snapseed Desktop for Windows. According to Nik officials, it was in response to the overwhelming request of mobile app users to experience the software on their computers.

Intel officials, on their part, further chimed on how Snapseed was the perfect match for Ultrabook users who can take advantage of the unique U Point technology to make fine, selective adjustments on a photo.

Yes, there was actually a Snapseed at the start. What happened? Google came into the picture. With eyes intently focused on Snapseed as an Instagram competitor, the tech behemoth acquired Nik Software for an undisclosed amount during the last quarter of 2012. Before the year ended, Google discontinued the Snapseed desktop software for Windows, and the mobile app reigned supreme.

The official Snapseed channel on YouTube with several tutorial videos..

Snapseed offers swipe gesture controls to enhance images including those for brightness, contrast, saturation, shadows, highlights, etc. There is also a one-click “magic wand” if you want an immediate preset improvement, letting the software do the enhancements for you. But overall, the decision is still up to you on what an image’s end result will look like.

There are 29 sets of image editing tools and filters and in them are more sophisticated controls and features. Adjusting a picture can be a very subjective process. Some saturate images to give them richer, vibrant colors while others hate that. Snapseed gives you the option to find the perfect balance so that images will always stand out whether it is for social media use or for web content.

So what makes Snapseed the favorite of over 100 million users?

And what makes Snapseed unfavorable to some?

Despite some drawbacks and fierce new rivals, Snapseed is still on top of its game when it comes to mobile-based photo editing apps. Now how about using Snapseed on PC?

Snapseed on Your Computer – The Solution 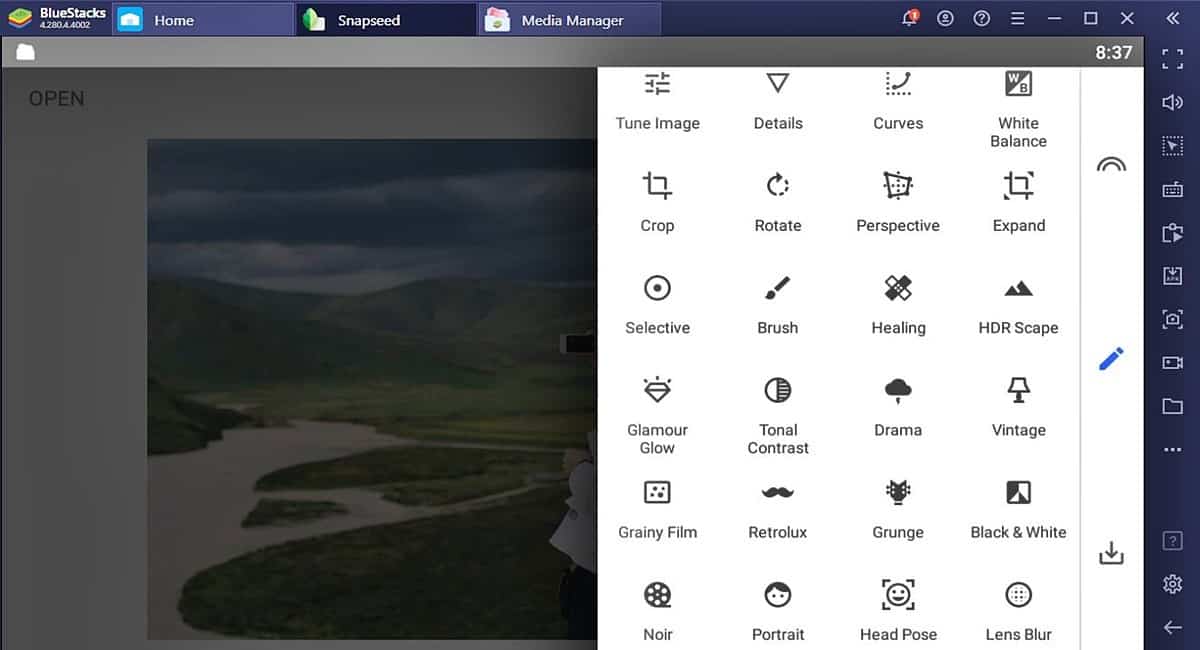 The only solution to enjoy Snapseed on your Windows PC or MacOS computer is to use an emulator program. Its purpose is to simulate a smartphone or tablet’s interface and processes on your computer so it can run mobile apps.

Why use an emulator? Not all operating systems and devices are compatible with one another. An emulator lets you run software or video games from another OS or device that normally would not work on your PC. Emulators connect the divide among different devices, allowing apps and programs to operate on a variety of hardware.

Snapseed made for mobile is our subject example. With an Android emulator on your computer, you can download Snapseed from the Google Play or Apple App store and install and run it on your PC. Based on the assessment of tech authorities, among the best Android emulators for Mac and PC are the following:

BlueStacks and Android Studio seem to be among the most popular emulators on the list. For the purpose of this article, a BlueStacks emulator was used to download and install Snapseed on a Windows 11 laptop. So that’s the remedy to use Snapseed for PC. Now the crucial question – how was it?

Things to Keep In Mind When It Comes to Emulators 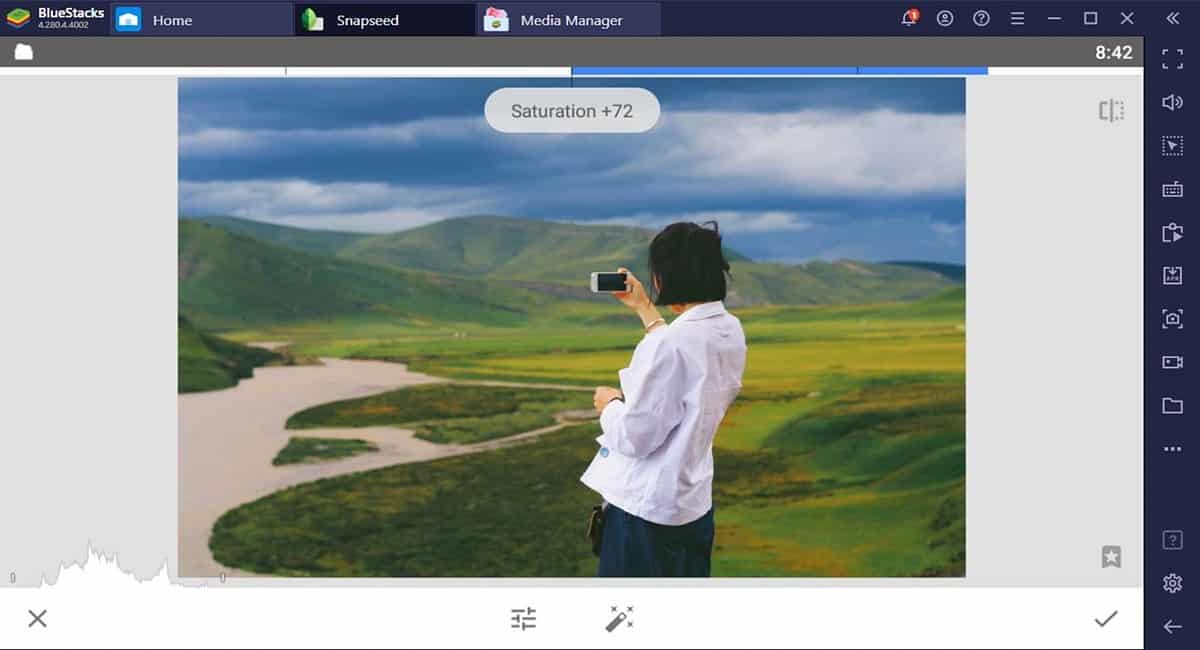 The experience of using Snapseed for PC with a BlueStacks emulator was at best glitchy. Maybe it was because my computer workstation, even with its higher than normal specs, fell short of the required optimal system requirement.

Yes, I was able to do some editing like in slow-mo and noticed at the same time that the emulator was consuming half of my CPU’s resources, a third of the memory, and half of disk capacity. Power was on a red line indicating a “very high usage.”

Overall, it was not smooth. I struggled to come up with desired results like the above picture where the simple bumping up of saturation took a couple of minutes to process. It’s very much unlike on a smartphone where Snapseed worked flawlessly.

Making programs system or hardware agnostic has its benefits but the downsides ruin the day. Here are common observations and issues:

So you love Snapseed but find it laggy on your PC with an emulator. How about alternatives?

There are numerous photo editing apps available on the Google Play and Apple App store. Like Snapseed, many of them are exclusively for mobile, meaning you can only use them by downloading and installing them on your smartphone or tablet. A select few have desktop versions or can be accessed through a browser from your desktop computer.

Be aware though that those mobile apps are optimized for use on the small screen, harnessing whatever resources and processing power are offered by a smartphone or tablet. It’s a different experience when accessing a cloud app and using it to its full potential with all the power and speed of a desktop computer. Let’s meet these apps.

Canva is a highly-regarded and popular browser-based software that has become the go-to app for marketing professionals, entrepreneurs, small businesses, and social media users. It excels in providing easy-to-use tools for photo editing, graphic design, and video editing.

Canva offers thousands of templates and design assets that you can use to create over 100 design types including business reports, presentations, flyers, brochures, ads, and social media posts, among others. You can do all these through its free plan. Now you know why it’s an all-time favorite app.

Picsart was first launched as an Android app in November 2011. Two years later, an iOS app was introduced for the iPhone and iPad. Later in 2013, an app was made available for the Windows Phone. The following year, it became compatible with Windows computers. Currently, it holds the distinction as one of the most popular apps in the world with over a billion downloads in 180 countries.

The software is basically a photo and video editor. Its popularity stems from its user-friendly tools that allow you to edit pictures and videos on the fly as well as create simple web design content. Its focus on social media, letting you post stunningly enhanced photos and professional-level designs, makes it a favorite among influencers, bloggers, and social media marketers.

Pixlr comes in two flavors – Pixlr X (a graphic design app) and Pixlr E (an advanced photo editor). In 2022, new functions were added including a video editor and animation maker. When it comes to photo editing software, Pixlr has been an industry fixture since 2008. It offers basic and advanced tools to level up your image editing work.

Meanwhile, graphic designs and animation have been introduced with the proliferation of design projects for social media. Pixlr addresses the need for intuitive tools that can quickly create social media designs as well as piece together interactive video content without breaking a sweat and all with professional-level results. You need to sign up and create an account to use any of the Pixlr apps.
Platforms

Photoshop Express, as the name implies, offers quick one-click photo enhancements and transformation. Without engaging in the technical learning curve of Photoshop, you can still get the recognizable Photoshop results of images that pop out and are masterfully enhanced. You can do a range of photo editing functions including adjusting saturation, contrast, and exposure, to name a few.

With quick fixes, you can automatically modify the look and feel of a photo and even do spot healing to remove blemishes and red eye. More than a powerful photo editor, it also offers other features like personalizing images with style to create stickers and memes, collage-making, and direct importing and sharing of photos on social media. As with all Adobe products, you need to open an account to use the app.

Fotor is a one-stop photo editor that is also a graphic design editor and collage maker. It is brimming with tools to help you come up with impressive photos that are rich in color and depth. Fotor is able to do this with precision tools that allow fine adjustments for brightness, contrast, and saturation. And if you prefer, the app’s AI can do all the work with one-click detailed image enhancements.

Pixomatic is a web-based platform that offers 20 professional-style photo editing tools and features. It is designed for social media users who need quick photo edits and image designs. It comes with the usual basic editing tools that let you alter the mood and look of your photos. What it specializes in is removing backgrounds, blemishes, and unwanted objects in photos.

The mobile app of Pixomatic is essentially just a background remover. You can remove backgrounds and objects, clip and cut out shapes, and make a transparent background. These were previously highly-technical undertakings but now eliminating photo backgrounds and changing them as well as removing objects you don’t want, can be done with a few simple clicks.

Where Should Your Snapseed Reside?

Capping it up, Snapseed for PC is possible. But it is not something that is recommended. Emulators are such resource hogs that if your computer does not have the highest recommended requirements, you’ll likely have a lethargic operation with Snapseed. It’s an experience you’d rather forget.

Snapseed should best reside in the place it was meant to be – your mobile device. It was built as a mobile app and did have a desktop version early on until circumstances intervened. Enjoy it the way you’re used to – as a smooth, responsive, and capable image editing app you can carry anywhere, anytime.

Now if you’ve had your fill of Snapseed, there are other equally proficient alternatives. Their advantage is that you can access and use them on your smartphones and tablets and in your desktop computer. They’re also some of the easiest editing apps to use out there. As we like to advise our readers – always explore your options. 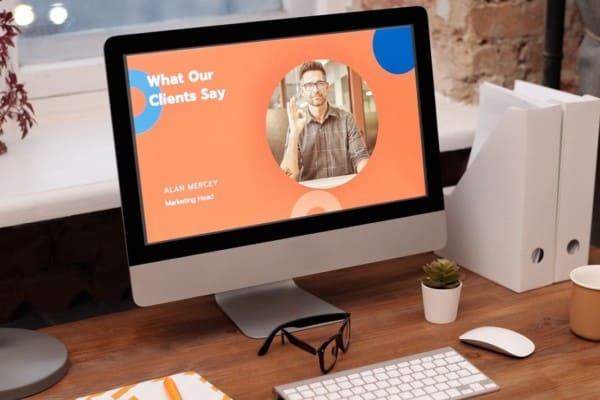 Web Design Service for Small Business: What Are Your Options? 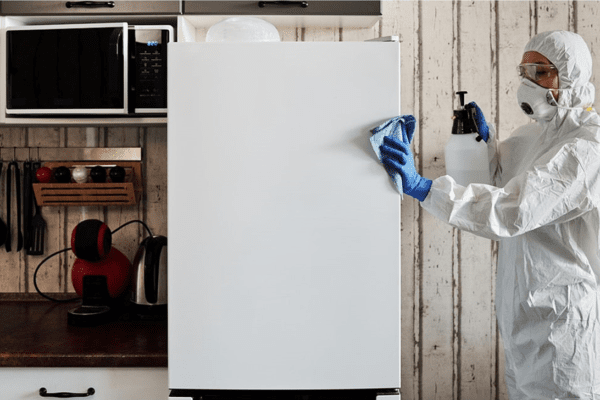 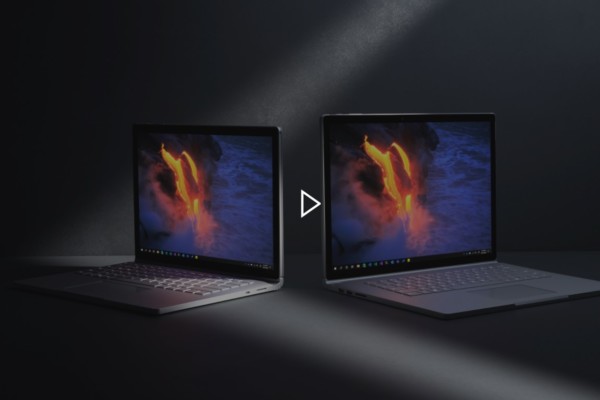 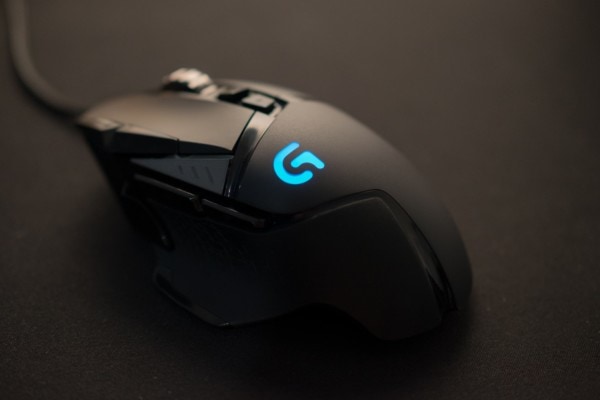 5 Of The Best Mouse For Graphic Design